Before I went to bed I did a level check on all the inputs from the radios to make sure the signals into the sound cards would be high enough to yield good recordings without overdriving. Nothing worse than a completely distorted recording to ruin things (on Total Recorder, I like to set the inputs so the VU meter level comes up 25-30%, never going into the yellow).

Since I was going to start the recordings when I went to bed (rather than fool around with setting the timers to automatically start the recordings) I checked to make sure there was enough free hard drive space to hold the recordings. For the length of these recordings (about 8 hours each) I figured I would need about 100-150 MB of space per recording. Across the three computers this wasn't a problem.

I wish I could have stayed up all night to listen live and chat on the #mwdx IRC chat on the Starchat network. Apparently there was quite a group gathered there, exchanging real-time reports. This is especially useful when DXers close to a target station can report what they are hearing - it can give those further away clues on what to listen for, and possibly pick out the target from interfering stations. Email lists like the IRCA, ABDX, AM-DX and DXHUB also were buzzing with real-time reports as the tests unfolded.

What became obvious the next morning, after reviewing the overnight email traffic and IRC log, was that KEIN, KLCY, and KGVO did not participate in the test. As a result, I did not review those recordings, although I still have them and may review them some point in the future to see what other interesting DX I may have picked up. The two most widely heard stations appear to have been KKGR on 680khz, and KERR on 750khz which did not run any Morse Code or sweep tones. I reviewed my recording of 750 but only heard WSB Atlanta which dominates that frequency from my location plus occasional Spanish that I assumed was Cuba. Had I been DXing live, I may have been able to phase them out to hear KERR. Bill Harms, who lives about 150 miles from me, was able to ID KERR several times. While 580 KANA was heard by some DXers with sweep tones, they didn't appear to make it to my area so I didn't check that recording, either. That left 680 KKGR as my only hope.

Imagine my horror when I went to the computer which had been recording the Icom R70 tuned to 680, only to see the Windows XP login screen rather than the desktop with Total Recorder running. What had happened??? 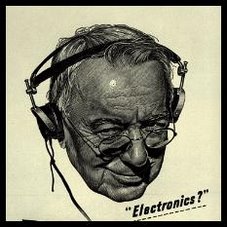